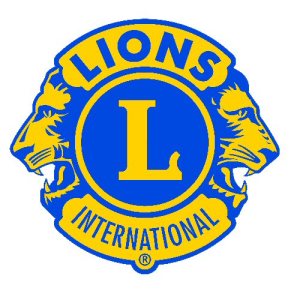 James Emerson Ivell, age 83, passed away on December 13, 2018 at UPMC Northwest after a two-year illness.

He was born in Grove City on May 1, 1935, the son of Robert E. Ivell, Sr. and Mary Alphene Hoffman Ivell Rossi.

He attended grade schools at Windy Point and Boyers and graduated from Grove City High School in 1953; he attended Grove City College for two years after which he joined the Army on March 11, 1957. He was honorably discharged on March 31, 1963.

For most of his life he drove truck for local businesses, hauling coal and later blacktop and limestone, retiring in 2010. After retirement, he immediately went to work taxiing the Amish for whom he had great respect and love. He especially loved the Amish children and kept candy and lollipops for them in his van. Jim joined the Harrisville Lions Club in March 1963; he spent many years as their secretary; he also served the District 14-N Lions in many capacities. His most treasured role was as Leader Dogs for the Blind chairperson from 1975 until 2011 for which he received the prestigious Leader Dogs Founder’s Tribute. Leader Dogs credited him with obtaining 24 or more dogs for blind individuals.

His survivors include his wife, Betty Lou Francis Ivell, whom he married on July 21, 1961; daughter, Jeanne and her husband, Richard V. Reib, Jr. of Franklin; son, James R. and his wife, Amy, of Clintonville; son, Jeffrey and his wife, Chastity, of Peninsula, OH; granddaughter, Erica Reib and her husband, Steven Lucia, of Milwaukee, WI; grandson, James E. Ivell II and granddaughter, Elizabeth “Lizzy” Ivell of Clintonville.

He was preceded in death by his parents, a stillborn son, Joseph, his brother, Robert E. Ivell, Jr. and a brother in infancy.

Funeral arrangements are with Jamison-McKinley Funeral Home, Harrisville. Viewing will be at 10:00 a.m. on Tuesday, December 18 with the funeral service immediately following at noon, at St. John’s Episcopal Church, 1151 Buffalo Street, Franklin with the Right Rev. Dr. Sean W. Rowe and the Rev. Elizabeth Yale officiating.

Burial will be private. A celebration of life will be held at a later date. Memorial contributions may be made in his name to Leader Dogs for the Blind, 1039 S. Rochester Rd., Rochester Hills, MI 48307-3115.

His family would like to express their thanks for the loving care he received at The Caring Place, Franklin,