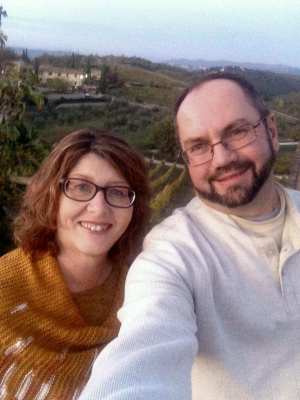 Lorri was born on August 15, 1964 in Grove City, she was the daughter of Susan (Susie) Braham and the late David William (Buster) Braham. She graduated from Slippery Rock High School in 1982 where she was in the marching band and flag corp.

Lorri was currently employed with Plan Source as a benefits manager. She had previously worked for Next Generation Enrollment and also for PAE.

She married the love of her life, Matt Vybiral on November 4, 2017, he survives.

She was a loving, caring and outgoing person who loved her husband, children, stepchildren and grandchildren. Lorri loved camping at Wildwood Acres in Andover, bird watching and setting up bird feeders in the backyard, spotting and naming birds. She lit up when spending time with her grandkids. Lorri was an Amazon Prime queen, finding great buys for her family. She took her 1st trip out of the U.S. with Matt on their honeymoon to Italy and loved traveling. Lorri was an avid and talented crafter where she created stained glass, American wood art, stamping and she particularly enjoyed paint 'n sip. Lorri was exceptional at hosting and decorating for every birthday and holiday. She was a fantastic cook and loved baking. Some of her famous meals were spaghetti squash and stuffed peppers. Lorri and Matt saved many seeds and grew a bountiful garden. They canned together 100 quarts of tomatoes, salsa, and mixed vegetables. She loved and talked about her "camp" family, where she enjoyed a shot of Jack and earned the nickname "shooter." She had fun playing Bingo and the Wheel of Fortune at the casino and was also an avid reader and collector of Wendell August. Above all, Lorri was a huge Pittsburgh sports fan, and especially a Steelers fan who would armchair quarterback with the best of the boys, as well as taking "shots on goal" during the Pens games. Lorri was a dog lover and owned a couple of dachshunds named Tucker aka T-bone, and her rescue dog Suda, aka chitty head. She always referred to them as the Bubbas. One of Lorri’s favorite pastimes was “waiting for the next Netflix to drop.”

Lorri was taken from us far too soon but will be remembered, cherished and missed forever. She was a ray of sunshine who brightened our lives. God bless you, Lorri.

Family will receive friends at the Jamison-McKinley Funeral Home, 117 N. Main Street, Harrisville, on Wednesday, December 19th from 6-8pm, visitation will continue on Thursday, December 20th from 2-4 and 6-8pm. A funeral Mass will be held at St. Anthony Church, 232 Boyers Road, Harrisville PA on Friday December 21 at 11am. Interment will take place at St. Anthony Cemetery, Harrisville following the Mass. In lieu of flowers memorial donations may be made in Lorri’s memory to St. Jude’s Children’s Hospital, or to Allegheny Valley School 125 Rebecca Ln, Slippery Rock, PA 16057.