Share a memory
Obituary & Services
Tribute Wall
Read more about the life story of Barbara and share your memory.

Barbara Jean McNees Kelly departed this life on August 14, finally flying free to again be the vibrant, busy, kind, and devilishly funny person that she always was. Born in 1944 in Grove City, Pa., she was the mischievous and adventurous little rascal of Russell Paul McNees, Sr. and Helen Elsie Eaton McNees. As a child, she learned to skate before she could walk at the two roller skating rinks her parents operated – at Stoughton’s Beach and Etna Springs in Slippery Rock (the latter which they owned and operated into the 1970’s). She spent a lot of time being a tomboy, fishing, and frogging on Slippery Rock Creek with friends and family. After moving into Slippery Rock Borough, she went to movies every weekend at the Roxy Theater and Mrs. Shaffer who owned it with her husband always stood in the alley watching to be sure she got home safely to their house on Elm Street. She spent a lot of time at her grandparent’s farmhouse on the bend on Route 173 across from Slippery Rock High School, the grounds of which were formerly the McNees farm, and in her grandfather’s adjacent blacksmith shop. She and her cousins got into a lot of playful mischief and had big Sunday dinners there. Her family also made many fun trips to visit her Eaton relatives including the yearly Eaton family reunion which has now been a tradition for at least 106 years. She was a member of the International Order of the Rainbow Girls and played bass drum for the Cavaliers Drum and Bugle Corps and Slippery Rock High School Marching Band. In Barb's later teenage years, she had many legendary “adventures" with her group of friends, often involving her mother's Ford Fairlane 500 and those shenanigans will live on in infamy. She was raised as a Methodist.

Barb was an accomplished and award-winning accordion and piano player, taught as a child and entered into competitions by her instructor Margaret Nastas of the Nastas Conservatory of Music in Ellwood City.  After graduating from Slippery Rock Area High School in 1962, Barb graduated from the New Castle School of Beauty Culture in 1963, earning her beautician’s license which she held until recently.

In adulthood she met the love of her life, Joseph Oscar Kelly, marrying him in 1965 and they made a great pair fishing, hunting, repairing cars, and doubling the size of their house mostly by themselves while their daughters watched and learned so many incredible life lessons. Barb was a dead-eye shot (better than her husband!) and was a master angler. She was an avid vegetable and flower gardener, artist, musician, carpenter, was a teacher’s aide, an officer in the school’s PTA, her daughter’s Girl Scout troop leader, loved riding her classic Honda motorcycle, and loved to bowl. Always curious and learning, Barb taught herself to play bass, guitar, dulcimer, and steel guitar. She instilled in her daughters her intense love of learning to play instruments and the deep appreciation of all genres of music. She could literally do anything she set her mind to and was an intensely independent and undefeatable woman, at one time working three jobs at the same time to make ends meet. She would fix something herself or build it before ever hiring someone, because she knew she could.

Barb developed a great interest in politics working as a Congressional Aide for a U.S. Congressman, having the pleasure of being invited to and attending a Pennsylvania Governor's inauguration, working on many political campaigns, and working once as a volunteer in the White House Mail Room. Barb finally worked for and retired from the Butler County Election Bureau in March 2007 after 20 years, served for several years as the Chief Steward for the county employee’s labor union, served as Slippery Rock Township Secretary from 1985 to 2002, and as Supervisor from 1987 to 1990. She had a great interest in helping others when she could and was an avid supporter of the local Salvation Army and the City Rescue Mission in New Castle.

In her daughters, she fostered her intensely strong sense of independence and strength, her belief in being able to accomplish anything, her "carry-on no matter what" attitude, never-ending curiosity, great pride in her family roots, and a never-grow-up heart. She was always taking her girls on fantastical adventures of sight-seeing drives, nature hikes, fishing, attending different cultural celebrations and the like no matter how busy she ever was. More of their fond childhood memories include going to auctions, Sunday dinners every week at Grandma’s, and hours-long vegetable canning sessions. She was an incredible cook and thank goodness there were always leftovers for everyone to take home. Barb spent a lot of time over the years relaying wonderful and historical childhood stories and memories to her daughters. Don't worry Mom, we were always listening very intently and have these well-documented priceless treasures recorded for future generations - you will live on through all of us.

Barb thoroughly enjoyed visits and big hugs from her grandchildren and great-grandchildren, fishing with them, family celebrations, and was so incredibly proud of each of them. Her grandchildren were fortunate enough to be able to spend many, many days with her as they grew up, watching and learning while they helped her with gardening, listening to her stories, and making delicious food - treasures that they are incredibly grateful for. She guided them to be unbending, fearless, and determined while always approaching others with a compassionate heart.

Mom, you so beautifully tap-danced through your life with grit, grace, integrity, strength, an incredible sense of humor, and that fierce Scots-Irish fighting attitude right to the end. You could not have been a more wonderful mother, sister, mother-in-law, grandmother, and great-grandmother. We don't know how we will ever carry on without you - we always wished we would never find out. Heartbroken and sadly left behind to carry on wonderful, fantastic, hilarious, and heartfelt memories, stories, and unbreakable family traditions are her two daughters: Colleen Dyback (Karl), Sheryl Kelly (Joseph Myers), her wonderful brother Russell McNees, Jr. (Janet), three grandchildren: Ed Myers (Heather), Hopi Myers-Arrigoni (Travis) and Willow Myers (Kyle Moulder), three great-grandchildren: Nora, Owen, and Henry, her Aunt Mary McNees Thomson, her brother in law Lester Kelly (Wanda), several nieces and nephews, many wonderful cousins and her dear friend Chris Savage. She was preceded in death by her mother, father, and husband. Until we see you again mom as you promised us we will and told us not to cry, you will always be fondly and lovingly thought of and so sadly missed by all of us. We will never be the same without your light.

Visitation for Barb will be private for family members only at Jamison-McKinley Funeral Home in Harrisville 16038 from 2-4 and 7-9 on Friday and Saturday from 10-11 with a short service afterward. Interment will be at West Liberty Cemetery, on lands settled by her ancestors. The family requests that no flowers be sent, but to instead make contributions in Barb's name to the City Rescue Mission, 319 S Croton Ave., P.O. Box 965, New Castle, PA 16103 to help others. The family would like to offer their deepest appreciation to Good Samaritan Hospice of Cabot for their incredibly kind, loving, and compassionate care.

To send flowers to the family or plant a tree in memory of Barbara Jean (McNees) Kelly, please visit our floral store. 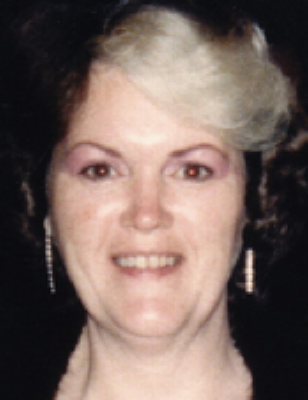