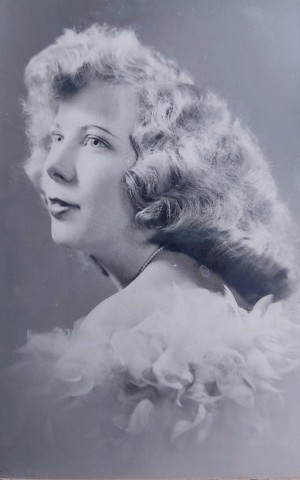 Carol Kelly, 77 of West Sunbury passed away November 14, 2019 at Grove City Medical Center.  Carol was the last surviving member of her immediate family.

Carol was born October 21, 1942 in Grove City, she was the daughter of Emmett and Bula Freshcorn.

Carol was the first graduating class from Moniteau High School.  Later in life Carol graduated from Wexford Business School with an associate degree in business science.   Carol was first married to Sherwood Soose, then Albert Isaac and also to Joseph Kelly, all of which have preceded her in death.

Carol was not afraid of hard work.  She was retired from the Wine and Sprits store in New Castle as an assistant manager after 25 years of service.   She first took employment at Bobbie Brooks as a seamstress then was employed Slippery Rock University for a number of years as a secretary.   Carol also worked at Sheetz in Harrisville and helped with opening the store up.

Carol could always be found outside in the garden.   Carol was raised on a farm, this contributed to her love of animals.  She wasn’t afraid to lend a hand when it came with the day to day running’s of the farm.  She helped with raising of the livestock and loved to ride horses.   Her family enjoyed many of Carol’s home cooked meals that she loved to make.

Carol was preceded in death by her parents, husbands, her brothers Dale, Paul and Daryl Freshcorn, a sister Arlene Kummer, an infant brother, son in laws William Mangel and Jeffrey Parsons and a grandson Reben Mangel.

A memorial service will be held at the Kingdom Hall of Jehovah Witnesses 157 Unionville Road, Butler PA 16001 on December 7, 2019 at 2:00 p.m.   The Jamison-McKinley Funeral Home, Harrisville is handling the arrangements.

To send flowers to the family or plant a tree in memory of Carol Kelly, please visit our floral store.