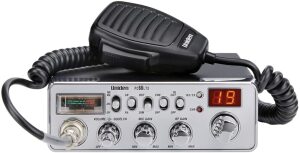 Mark P. Eberlein, 60, of Harrisville passed away unexpectedly at home on April 1, 2022.

Born February 6, 1962, in Pittsburgh, Mark was the son of the late John and Ruth Eberlein.

Mark attended St. George Catholic High School, but earned his GED at the Connelly Trade Center in Pittsburgh where he also earned a 2 year certificate in electrical wiring and electronics.

Mark lived a single life and kept to himself most days but will be greatly missed.  He was the sole caregiver to his brother Joseph until 2018.  For many years Mar was a CB radio enthusiast, and got to meet in person some good friends he made on the radio.  His handle was Delco AC/DC.

Along with his parents Mark was preceded in death by his sister Margaret Kraska and a brother Joseph Eberlein.

A funeral Mass will be held for Mark in the St. Anthony Church on Friday, April 8, 2022 at 11 AM.  Interment will take place at St. Anthony Cemetery, Harrisville following the Mass.

In lieu of flowers memorial donations may be made in Mark’s memory to the St. Anthony Church.

To send flowers to the family or plant a tree in memory of Mark, please visit our floral store.